When mom comes to visit

Everybody asks me the same question. Marcia Lago leaves her mark wherever she goes, everyone here knows who she is. It may also be because every opportunity she gets, she is paying me a visit. I often hear from colleagues... ‘Your mom is so sweet!’; ‘Always so happy!’; ‘She’s got such a good energy!’ I couldn’t agree more, but as her daughter and student, it took me some time to see past her critical look. If your mom was a dancer, you'll know what I mean.

She used to watch me in class with that serious look on her face all the time. I realise now the frowning was just how she would concentrate, be focused and engrossed in learning, and I do exactly the same thing. Most people who watch me in class would probably think I'm the grumpiest person. My concern for how she watched me so attentively only reflected my constant need for her approval. All I ever wanted was to make her proud.

When I observe her now as she watches rehearsal or a performance from the wings, all I can see is contentment and pride. It gives me the greatest happiness, and that is when I know I am exactly where I wanted to be. What a blessing to realise that after all these years of receiving her unconditional love and support, I finally feel like I'm giving a little bit of it back. Not that I wasn't before, but I can see it even more clearly now, without any fear or judgement, that our feeling is reciprocal. I give her as much pride and joy as she gives me.

We’ve always joked that she is the only reason I started dancing. Some days I actually meant it. I found ballet to be such a struggle. Why did I have to make all the sacrifices? Leaving my family, worrying about staying fit, exhausting my physical and mental health, and in exchange for what? We all go through moments in life when we doubt ourselves and our choices, and that is when we most need family. If I had not had my family supporting me all the way, through the good times and the bad, I wouldn’t have made it this far.

Unlike some dance moms, mine never pushed for me or made me ask to do anything that I wasn't given by merit. She never put up a fuss in competitions about any unjust classification, never stood up to Toshie or questioned any of her decisions or methodology (even being my teacher as well), and never doubted I was in good hands in Canada. She is the most respectful, most sensible person I know, and she's let me deal with the challenges and the failures, allowing me to grow from them.

Both my parents are my role models, my pillars. They have been there for me every step of the way, from early ballet competitions driving across the country to following me from Europe to all the way to China on company tours. Back at home, it was me with ballet and my brother with tennis. How could they even afford the expenses? We’d go watch Leo play for two to three hours and it wasn't at all a struggle. Most tournaments had such a cool environment. When it came to the dance competitions, I would put them through endless evenings of watching ballet, the same variations, same music over and over, one of them lasting eight hours! No wonder it traumatised Leo.

As much as him and dad appreciate ballet, they can never keep up with Marcia. She wants to see every performance of every cast of every run of every production. Her excuse is that every time she watches a show, she notices something different. 'There are so many little details - she says - and when you are dancing, I just have eyes for you. I need to watch it again and again'.

When she announces she is coming to London, I always feel overjoyed. Immediately afterwards, I am struck by fear of having to ask Johanna, our stage manager, for a spot in the wings, and embarrassment for asking the office for any standing slots in the auditorium. Mom will happily stand through three acts of The Sleeping Beauty, for consecutive nights. I often have to disappoint her and say I couldn’t get any free tickets. Not content with defeat, she will try her luck at the box office, since evenings at the Royal Opera House are almost always sold out.

Let me just say that mom is the luckiest person in the world! She will ALWAYS find a last-minute deal, no matter what circumstances. Even when it is so late the doors are about to close, a seat mysteriously appears. Not to mention when she nearly misses her flight and has to run for her life, always making it just in time, except when they realise her flight was actually the night before (true story).

There has even been a day when somebody was trying to get rid of three excellent seats in the orchestra stalls, the most expensive ones. Mom, queuing up for return tickets, accepted the offer and got all three seats she needed, and for free! One for her, one for grandma and aunt Vera. She told me later it must have been an angel, an old lady dressed all in white. To top it off, last minute changes always happen the evenings when she is watching. I always end up doing every possible role I can in the cast, so she won't miss a thing.

When I was younger, I just wanted to have a 'normal' parent, one who wouldn’t know the difference between good or bad dancing and would always say it was the most beautiful thing she’s ever seen! Not Marcia Lago. She would know when you were great and not, whether you made any mistakes or fell off your pirouette. She would tell me the honest truth, knowing better than to say nasty comments straight after a show, when I’m feeling tired and vulnerable.

To be quite honest, I never seem to be in the mood for her insightful tips or corrections, I've always given her a hard time (sorry mom). It is like my subconscious mind is saying not from you too! . It's like arguing with your mom when you know deep down she's right. I know that she means well and despite some resistance, I do take everything on board. Always have.

On the other hand, it is great to be able to talk about work with a mom who fully understands what the job entails. The perks of having a ballet mom. Whenever I talk to her on the phone, she’s always so excited about things, asking a million questions, while I’m like..’Yeah, yeah.. just another day at the office.’ She always reminds me of how amazing it is to be here and how deserving I am of everything. How can you not appreciate a parent who takes such interest in what you do, who believes in you more than you believe in yourself?

She's got over forty years of teaching experience. Every time she comes to visit me, she gathers insights and ideas for Ballet Marcia Lago, for putting together future school performances. She has accumulated so much knowledge and improved her methodology since training with Dame Halina Biernacka, by watching and learning from teachers at Canada's National Ballet School and mentors like Dona Toshie Kobayashi and Yoko Ichino at Northern Ballet.

She’s been with me from Toronto to Northern Ballet, to English National Ballet and The Royal Ballet, all the while following my transition from student to professional, observing company classes and rehearsals, noticing how each individual works and getting a good sense of what our career demands today. They give her incredible insight on how to best prepare her students and on making ballet significant in their lives, whether as a hobby or something more. She leaves the performances with a sparkle in her eyes, ready to go back home and work even harder.

My parents never forced me into doing anything, on the contrary. I made my own choices and fought my own battles. I could have given up my lessons with Dona Toshie, who used to make me cry in the studio, but was determined to carry on. I could have come back home from Canada when feeling so homesick and been received with open arms, but decided to focus even more on my work and career. I chose to follow this path and I never felt any obligation, only support and encouragement from them.

While I tried to stay strong, they did their part too. They never measured sacrifices to be with me, in Canada or England, wherever it may be. I often took them for granted but now realise how fortunate I am to see them as often as I do, especially in family holidays like Christmas. They’ve always worked out a way to make it possible financially, even if it meant selling their car, re-mortgaging, saving on hotel fees and transport. I seriously don't know how they've managed to share a mattress on the floor of my tiny flat. Next thing on my bucket list is to afford to get a two-bedroom place to accommodate what we call 'the Gasparinis' invasion'.

Having the certainty that we would be reunited soon has kept me going through my whole life and career. There has always been something to look forward to.. when am I going home? When is mom coming next? What tickets can I get her? Should I book an afternoon tea or a visit to Petersham Nurseries? Her visits have renewed my courage and given me joy and excitement. Amidst my crazy schedule, we always find the time to do our favourite things and celebrate our achievements.

Mom always gets to London over-worked and tired. Seeing my performances is her dose of creativity and inspiration. Our mother-and-daughter days, enjoying a special brunch and walking through the pretty villages and parks, are healers of the soul. I feel like these are the only times she can finally get some rest, even though she might be supervising Ballet Marcia Lago from afar. I feel like being away gives her a better perspective on things, it might even bring the solution to many of her problems while she recuperates from the frantic pace of life in Sao Paulo. 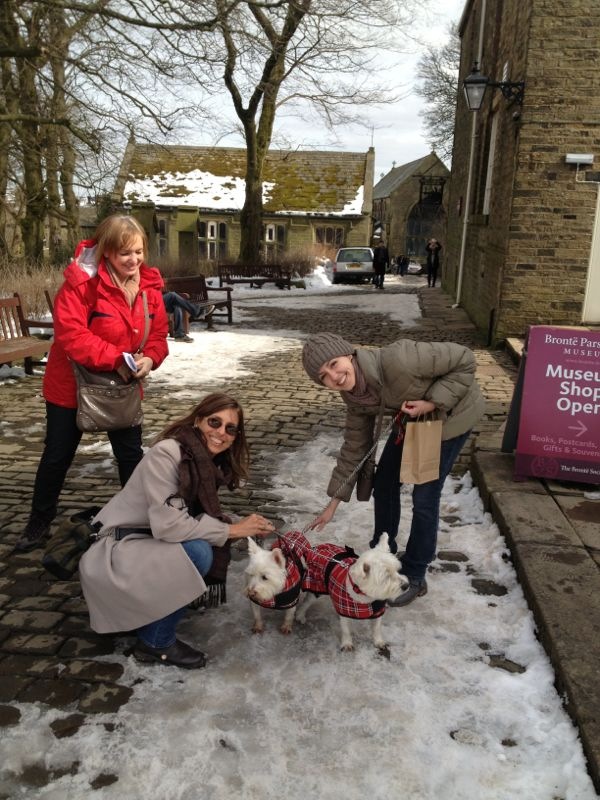 {"items":["9b5d60_bafe4508ec3244adbb883e2304127d56~mv2.jpg","9b5d60_78760a03c59a405786c8af398dcd5e40~mv2.jpg","9b5d60_5696c60a69494d91a5f59497be63babd~mv2.jpg"],"styles":{"galleryType":"Columns","groupSize":1,"showArrows":false,"cubeImages":true,"cubeType":"fill","cubeRatio":1,"isVertical":true,"gallerySize":300,"collageAmount":0,"collageDensity":0,"groupTypes":"1","oneRow":false,"imageMargin":10,"galleryMargin":0,"floatingImages":0,"chooseBestGroup":true,"smartCrop":false,"hasThumbnails":false,"enableScroll":true,"isGrid":true,"isSlider":false,"isColumns":false,"isSlideshow":false,"cropOnlyFill":false,"fixedColumns":3,"enableInfiniteScroll":true,"isRTL":false,"minItemSize":50,"rotatingGroupTypes":"","rotatingCubeRatio":"","gallerySliderImageRatio":1.7777777777777777,"numberOfImagesPerRow":3,"numberOfImagesPerCol":1,"groupsPerStrip":0,"borderRadius":0,"boxShadow":0,"gridStyle":1,"mobilePanorama":false,"placeGroupsLtr":false,"viewMode":"preview","thumbnailSpacings":0,"galleryThumbnailsAlignment":"bottom","isMasonry":false,"isAutoSlideshow":false,"slideshowLoop":false,"autoSlideshowInterval":4,"useCustomButton":false,"bottomInfoHeight":0,"titlePlacement":"SHOW_ON_HOVER","galleryHorizontalAlign":"center","galleryTextAlign":"center","galleryVerticalAlign":"center","scrollSnap":false,"itemClick":"link","fullscreen":false,"allowSocial":false,"allowDownload":false,"allowTitle":true,"allowDescription":false,"loveButton":false,"loveCounter":false,"videoPlay":"onClick","scrollAnimation":"NO_EFFECT","scrollDirection":0,"overlayAnimation":"NO_EFFECT","arrowsPosition":0,"arrowsSize":23,"watermarkOpacity":40,"watermarkSize":40,"useWatermark":true,"watermarkDock":{"top":"auto","left":"auto","right":0,"bottom":0,"transform":"translate3d(0,0,0)"},"loadMoreAmount":"all","defaultShowInfoExpand":1,"allowTitleExpand":true,"allowDescriptionExpand":true,"allowLinkExpand":true,"expandInfoPosition":0,"allowFullscreenExpand":true,"fullscreenLoop":false,"galleryAlignExpand":"left","addToCartBorderWidth":1,"addToCartButtonText":"","slideshowInfoSize":200,"playButtonForAutoSlideShow":false,"allowSlideshowCounter":false,"hoveringBehaviour":"APPEARS","thumbnailSize":120,"magicLayoutSeed":1,"imageHoverAnimation":"NO_EFFECT","calculateTextBoxHeightMode":"AUTOMATIC","calculateTextBoxWidthMode":"PERCENT","textBoxHeight":0,"textBoxWidth":200,"textBoxWidthPercent":50,"textImageSpace":10,"textBoxBorderRadius":0,"textBoxBorderWidth":0,"textsVerticalPadding":0,"textsHorizontalPadding":0,"titleDescriptionSpace":6,"customButtonText":"","customButtonBorderWidth":1,"customButtonBorderRadius":0,"loadMoreButtonText":"","loadMoreButtonBorderWidth":1,"loadMoreButtonBorderRadius":0,"imageInfoType":"NO_BACKGROUND","itemBorderWidth":0,"itemBorderRadius":0,"itemEnableShadow":false,"itemShadowBlur":20,"itemShadowDirection":135,"itemShadowSize":10,"imageLoadingMode":"BLUR","expandAnimation":"NO_EFFECT","imageQuality":90,"usmToggle":false,"usm_a":0,"usm_r":0,"usm_t":0,"videoSound":false,"videoSpeed":"1","videoLoop":true,"galleryLayout":2,"gallerySizeType":"px","gallerySizePx":300,"allowHover":true,"mobileSwipeAnimation":"NO_EFFECT","gotStyleParams":true,"showVideoPlayButton":true,"modifiedGallerySize":true,"selectedLayout":"2|bottom|1|fill|true|0|true","layoutsVersion":2,"selectedLayoutV2":2,"isSlideshowFont":false,"externalInfoHeight":0,"externalInfoWidth":0},"container":{"galleryWidth":2580,"galleryHeight":1440,"scrollBase":0,"height":null,"width":null}}
Bringing grandma and other special guests here has brought her immense joy

It astonishes me to notice how similar we've become in so many aspects, not just in how we work but in how we think, in our approach to living. The way I appreciate little things, how I like to pause and feel grateful. She has a phrase she often says and it is FEEL THE GOOD! (it is not supposed to make sense, but we know it means we are in the moment, feeling completely happy).

Mom always says we each experience life as we perceive it. What we think and feel, we attract. Sometimes I think she has realised some of my dreams for me with her powerful thoughts and energy, that is how much she believes in me. As for being too critical, either I must have gotten better at dancing or she has softened a little. All I get after a show now is 'A mais Maravilhosa', the loveliest. My heart melts, I don't even need to know anything else. Hearing that makes me the happiest ballerina-daughter in the world!!!!